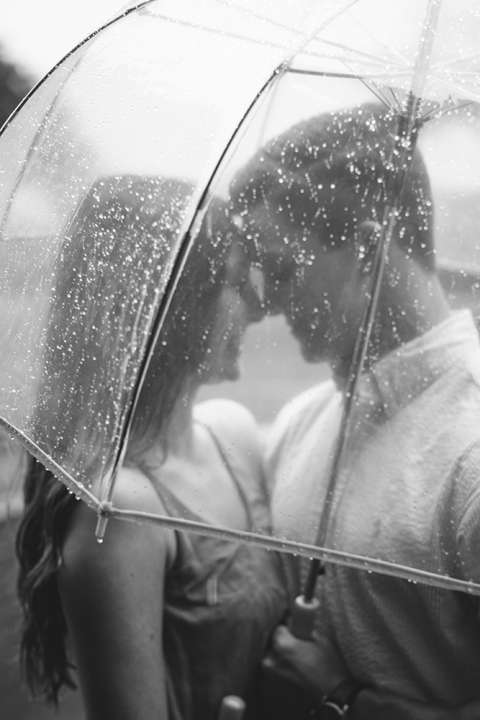 When you’re in love, you’re temporarily insane. And that’s when most, if not all, trouble starts.

You don’t sleep, you don’t eat, you don’t think, you start drinking like a sailor and you smoke like a chimney to kill the nerves. When you’re lucky, and your crush ismutual, you spend all your time fucking, promising each other the world and sharing dreams. Those dreams have to become reality in a flash. God knows why, but hurry is part of falling in love so you move in together, make a lovechild, divorce your partner, leave kids behind, dump friends who disagree with you, and you quit your job to open a beach bar on a tropical island. There is not one single moment of doubt. This is your man. You were born for each other. Every song you hear seems to be written for you two. Half a word is enough. It was love at first sight. It’s no coincidence that you’re born on the 13th and that he lives on the 13th floor. It took all your misery to get here. To be with him. This is the kind of love they write books about. Unconditional. Total acceptance of each other’s idiosyncrasies. His ex-wife may have hated his snoring; you can’t get enough of it. And isn’t it only fair that he’s annoyed by the bikini shots you posted on Facebook? Adorable right, his jealousy? He’s just that sensitive, and extremely passionate. You don’t mind that at all, you feel desired. And love takes sacrifices. Total sacrifice. He says you find it hard to make sacrifices. You friends find this strange; they say he’s just jealous. Difficult arguments follow, especially at night, when he walks out on you in a rage, and leaves you in the dark for days. You have no idea what he means by making sacrifices. That you’re a team is what he says. And do everything together. Prepared to sacrifice everything along the way. For example, he thinks it’s weird that you go out with your friends, wearing high heels and nice make-up.

That’s not making sacrifices, that’s manipulation. You lie awake at night, are you manipulating him? Can you surrender to love? Is it possible you want to be in control all the time, like he says? What is it I am manipulating, you ask. Me, he says. With your high heels and those nights out with your friends. You want to show off your independence. You’re afraid to lose control. Afraid of love. And you are afraid. Of losing him. To lose this all-encompassing feeling of longing. To be abandoned. You push away the disturbing feeling that something is wrong. Love is bigger than the conflict. And you’re stronger than the fear. You’re no longer wearing those heels. And as for going out with your friends, you probably are too old for that, like he says. You adapt and new questions and casual remarks lead to exhausting discussions, furious exits and passionate make-up sex. Your friends start worrying now; you look tired. So skinny and worn- out. Somebody thinks you’re ill. A friend just tells it like it is: I think he’s just not nice to you. You hang up the phone and get him breakfast. There, in the dim light of your bedside lamp, he’s the sweetest one. Nobody understands, because it’s so deep, so special, and so complex. One night you’re having another discussion, about the men before him. You haven’t told him everything, like lovers do. Or else there would be no trust. You tell him everything, as if you’re punished. All earlier adventures lead to new fights. When you wake up in the morning, wrapped in his arms, you feel assaulted. But you hope that it’s over now. Now that you’ve completely surrendered. You kill that little voice inside of you, that says something is wrong. You don’t bother your friends with it; they must be fed with your whining.

Poisoned love is like an addiction. That’s why people in love should be put in ward, until the butterflies lie down and they are able to show love for each other.