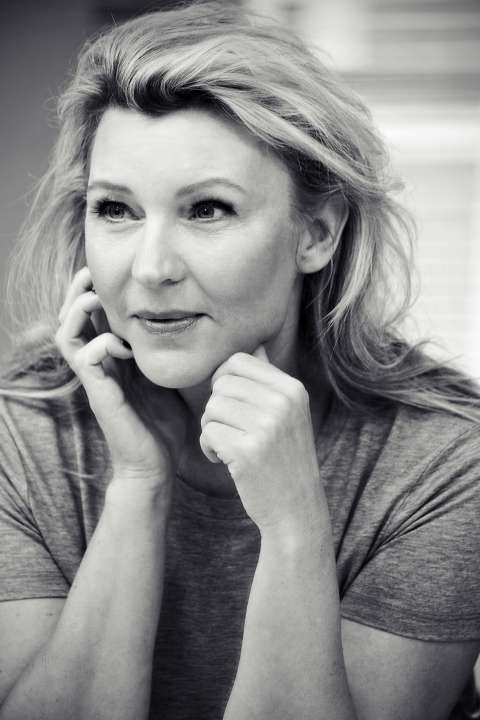 Women kick each other down - article for LINDA. Magazine

VICTIMS OF SEXUAL VIOLENCE KEEP SILENT BECAUSE THEY FEAR JUDGEMENT. NOT FROM MEN, BUT FROM THEIR SISTERS.

‘Of course this #metoo is a good thing, but it’s now getting out of hand. I mean, it looks like a witch-hunt. And I like flirting. Just imagine that is no longer allowed.’

How many times have we heard that voice since October 2017, the month the uproar started? More often in fact than the outrage about what the action was aimed at: that a majority of women at one point in their lives will be confronted with sexual violence and intimidation. And that these numbers haven’t decreased over the years, but only increased. It’s not about a hand on a knee, a wink or a flirtatious app message. It’s about sexually inappropriate behaviour. About force and threat. It often starts with a hand on a knee. A hand that says: ‘You are mine, you are my property.’ And we damn well feel when this hand on the knee is not a clumsy flirt, but an expression of appropriation. When you don’t dare push the hand away, but are waiting, petrified, until it’s being removed, then you know exactly what you are dealing with. Do we have to go and report the owner of this hand immediately and start throwing eggs at him on the village square? No, of course not. That’s not the case and it will never be. For the time being #metoo has led to a few scandals in Holland, the most prominent ones not being about women, not about hands on knees and certainly not about flirting.  Flirting is one of my favourite activities in life – besides eating, writing, holidays, sleeping and sex. It’s a great game you can play all day long, during a morning walk with the dog, lunch in an Amsterdam café, doing groceries in the supermarket, at weddings, on planes, and yes, even at work.  A furtive glance, a minor smile, even a hair flip, breasts forward, it’s an innocent way of showing you find someone attractive and a pleasure to find out that it’s a mutual affair. Does that mean you’re in for a quickie in the copy room? Again no. Flirting is totally noncommittal, sometimes maybe meant to persuade someone. But the beauty is, that when the other isn’t interested, he/she doesn’t register the signals. Maintaining we’re not allowed to flirt any longer doesn’t make any sense. Most astonishing in this discussion was that especially women were strongly speaking out. Less than a week after the exposure of Harvey Weinstein Jessica Durlacher (well-known Dutch writer) came out saying on TV that she got tired of female victimisation. Soon after Daniela Hooghiemstra (writer/journalist) got her chance to argue that she thought the whole movement was humourless, one-dimensional and puritan. Katja Schuurman (actress/presenter) said that such a thing would never happen to her and actress Catherine Deneuve wrote a letter saying that we can’t strip men of their privilege to accost women. Thus #metoo died peacefully at the hands of women.

Our own sisters smothered her, like we women tend to do with all our issues, letting them drown in mutual banter, instead of making a fist together. Men, meanwhile, are having a field day. Why are we women accessory to our own suppression?  The real enemy is our own self-loathing, the result being that time and time again we fight the same battle and lose it.  When one shows the guts to prosecute Trump for sexual intimidation, the other takes to the street in a t-shirt saying: you can grab me by the pussy.

We women have been condemning each other for ages. We are the ones calling the other a slut, too ugly, too fat and too old. It was a woman that told me, when I had requested to work at home for day after having my second child: ‘You want it all. Children, a husband, a job, a house and a garden. And you cannot have it all.’ I quit immediately. And eventually had it all. But why do we tell other women that they can’t have it all? Do we also tell our daughters? ‘No dear Sterre, Linde or Jolie, you will have to choose: between a family and a career. Between breast-feeding and the bottle. Giving birth at home or the hospital. Between vaccinating your kids or not.  Between being a slut or a puritan tart.  Every choice you make you take a side, each with its own dogmas, rules and taboos. But never, dear Sterre. Linde, Jolie, will you have it all.’

Jessica Durlacher has had - by her own admission - hundreds of bad experiences but doesn’t moan about them. Learning moments, she calls them.  Katja Schuurman is just so cool and tough that men don’t dare intimidate or assault her. That means al those other 100.000 women per year, largely between fourteen and twenty-four years old are just not that tough, or just whiners.

Of course both will tell you emulously that rape is really awful, but what they mean is: rape by a total stranger, jumping an unsuspecting cyclist from behind a tree, toting a knife. But how about these escalated Tinder-dates, the drunk and stoned student being abused, or the ex-boy friend who couldn’t control himself? It’s not strange that these victims will not speak at all, or only years later. We fear judgement. Not by the man. No, by our own sisters – the doubt in their eyes, the questions they ask. Like Wilma de Rek (a journalist) during a talk show: ‘Is there any proof when they come up with their little issues? Why didn’t they speak out earlier?’ Or Daniela Hooghiemstra: ‘As the physically weaker party it calls for attention, cleverness and a certain toughness. In the year 2017, to me that doesn’t seem too much to ask.’ Ahead of our men we engage in victim blaming.

I’m not sure whether these women have daughters. And if yes, they will keep silent when they experience sexual violence or intimidation. Even my daughter kept quiet, no matter how open I had been about what happened to me. And I can’t tell you how heart wrenching it is to find out how lonely and ashamed your child has been feeling.  My mother can tell you the same. This is the reason why I keep banging on about it. I want to break the cycle. I want it to stop with my daughter.  That my granddaughter will one day frolic around town, can ride a bike through the park in a mini-skirt, can have sex with anyone she finds attractive, can be in love without shame or guilt, and that during a concert no one will pinch her butt unsolicited. And I don’t just want that for her but for all the granddaughters of all colour. We women – besides a behavioural change on the part of men – need to close ranks, like men have done for ages. One of the pillars of our division is siding with the winning team. We are not aware of it and some of you will start yelling with indignation, but we have always learned that the man is in power. Our whole system is based on that notion. And we have learned that power is sexy and rubs off on the ones who are closest to it. It’s so deeply rooted, that we even think it’s in our DNA. We start mentioning things about the past, that men hunt and women care and that that’s the way it is. That in prehistoric times we didn’t live past the age of 30, had hair everywhere and ate bloody ox hearts with our hands and managed to change all that, surely we can do the same with power? Simple. Because it’s scary. It’s scary to step out of the circle and stand up to the thing other people find so sexy and irresistible, the circle that bathes in the light of power. The results of leaving the circle can be disastrous. No one takes on the risk alone, because excommunication usually means death. Why do women only now start speaking out about what happened to them?  Because thanks to #metoo they are no longer alone. I received letters from old women who kept silent their whole life about their experience. A life of shame and fear of excommunication. How sad is that? Maybe even sadder than that rape. ‘Not the violence extinguished me, but the secret that came after’, wrote a 76-year old woman.

We fear social excommunication more than sexual violence. When you are accepted by men as one of the guys that is an enormous reward. You’re allowed proximity to power. It doesn’t work the other way around. A man being one of the girls doesn’t get any regard.  The only way to be admitted as a woman to the holy male bastion is by betraying your fellow females. By labelling another woman a nagging bitch you insinuate you’re not that difficult. By calling victims of sexual intimidation humourless puritans, you make it clear that you are up for a joke and some intimidation, or you insinuate that you are so strong and sublime you are beyond all that.  You are not bothered by a hand on your butt. Right? Well then. ‘Haha, you just watch it, or I’ll use a #metoo.’

We are growing up in a culture where our self-worth is largely defined by our attractiveness to men, making us compete all the time instead of supporting and encouraging each other.  That’s why the system, with the men in power, can comfortably lean back.  Even contemporary feminists argue more among themselves than with the system. Despite the fact that we women, striving for equality, all wish the same for ourselves and the next generations: the same opportunities and freedoms that men have.

The question this LINDA magazine is all about – what’s next after #metoo – is an important one and can’t be discarded using knockdown arguments such as witch hunt, back to the fifties, you’re not allowed anything anymore, what’s next for flirting? It’s not about sex. Sex is wonderful when two people agree to it. It’s not anti-male, not puritan, not meant to hang the men  - who have once touched our knee - from their balls. We are not angry because men flirt, ask for our phone numbers, want a one-night stand or tell us we look good. Please keep doing that. It’s about sexual violence, sexual intimidation and keeping silent about it out of shame, guilt and fear. Where do we go from here? That’s not really up to us, although we’ve done our best to look for answers in ourselves. It’s up to our men and sons. Teach them that a right to sex doesn’t exist, that it’s a mutual gift, with mutual consent. That the woman saying no means no. Oh well, nothing new about all this. We’ve known this a long time.  Let’s put the money where the mouth is, so our daughters can live without guilt and shame, and can enjoy sex without fear.